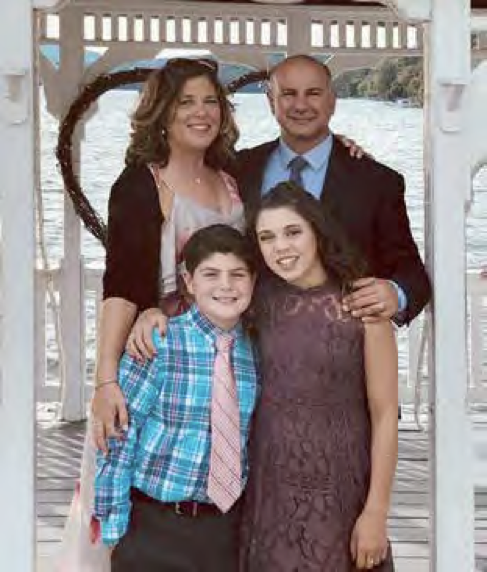 In a country where military dictators ruled, a “better life” seemed an elusive, if not impossible, dream.

But Claudio Hanna’s father was intent upon just that. Claudio was six when his family moved from Buenos Aires, Argentina to Sao Paulo, Brazil. “My dad knew that at some point as we grew up, it would become more difficult for us. The opportunities are hit or miss. You can’t just go to college, graduate and be anything you want.” When Claudio was eleven, the family moved again, this time to Norwich, New York, where Claudio’s father was offered a job.

Small town American life in Norwich was quite different for the Hanna family. Elementary-age kids walked to school unaccompanied, a new experience unlike big city life. No one in the family spoke English so the first year was devoted to learning the language. The introduction of the Apple computer and TV in English were great for that. With no public transportation, Claudio’s mom learned to drive. Technology was also more prevalent, even at home. “My mom had to have someone teach her how to use the dishwasher, and we bought our first microwave. My mom and grandmother always cooked from scratch, so I thought frozen TV dinners were just awful.”

Claudio recalls the many people who helped his family along the way, from English tutors to classmates shepherding them through the school day. “All this was done through volunteers helping us get established. Because so many people were supporting us, we immediately felt like a part of the community.” A small conservative temple became their spiritual home, and Claudio and his sisters had their b’nai mitzvah there.

When Claudio was a college freshman, the day finally came when he and his family became citizens together, swearing their allegiance to the United States with other new citizens. “Recently, my son had to write a God, flag and country speech and I asked him if he wanted to see our American flag. It made me proud to pull out this enormous flag that was a gift to us the day we became citizens, and to tell him about this part of my history. I’ll never forget the feeling that I was here to stay. We’re loyal to the U.S. This is who we are.”

After college, Claudio enjoyed traveling for work around the world. As an immigrant, travel is in his blood, but his home is the U.S. He moved to Cincinnati for a job and met his wife. “As important as it is to adjust to American life, I think exposing people to your culture is a great value to everybody. In our home, people get a taste of some Latin culture and Jewish culture. You should never lose a part of what you brought to the U.S. My wife has embraced a lot of our Latin and Jewish ways. So we keep mixing things up. I think that’s what makes a reform community like Wise Temple so important. It’s the perfect place for us and our kids, a religiously tolerant and culturally accepting American place.