Home > About > Our History

One hundred eighty years ago, a small group of people dared to dream.

They began a journey that would take us through building a national landmark, revolutionizing the service, and leading efforts to repair the world, all beginning right here in Cincinnati. Through the Civil War, the Great Depression, and World Wars, Wise Temple (K.K. B’nai Yeshurun) has led the way, moving forward to realize the vision of an exceptional leader, Rabbi Isaac Mayer Wise. 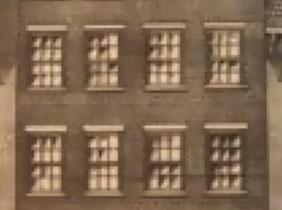 A group of German Jewish immigrants in Cincinnati, some of whom had belonged to the existing congregation, K.K. Bene Israel, meets to organize a new congregation. These Jews are unhappy with Bene Israel’s mode of worship, which is not in accordance with their German custom. Their first place of worship of the new congregation is a home on Third Street between Sycamore and Broadway.

The congregation adopts a constitution on September 19, 1841. Included in the constitution is a directive that the mode of worship be in accordance with the rites, customs and usages of German Jews.

The congregation is incorporated on February 28, 1842 under an act of the General Assembly of Ohio. Services during this time are conducted by a Hazan (cantor). 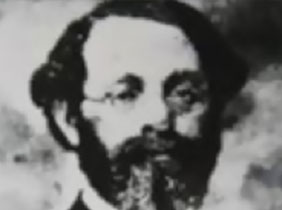 The congregation elects its first rabbi, James K. Gutheim. Described as a man of “genuinely liberal tendencies,” he tries to introduce to the congregation such reforms as a choir in worship services. 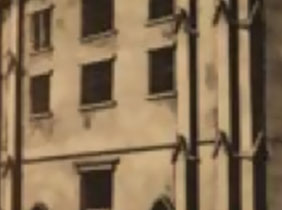 The Lodge Street Synagogue is dedicated on September 22, 1848.

The congregation’s religious school, the Talmud Yeladim Institute, is founded in the winter of 1849. Due to a cholera outbreak, the school is not opened until September 13, 1849. 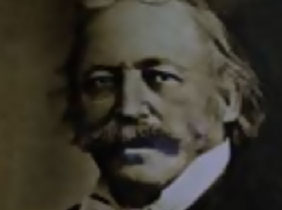 The congregation votes to engage Rabbi Isaac M. Wise as its spiritual leader, thus permanently altering the congregation’s course of history and that of Reform Judaism. Rabbi Wise and his family arrive in Cincinnati soon thereafter.

Rabbi Wise begins the publication of The American Israelite. He also begins instituting reforms in the synagogue, such as the successful introduction of a choir (which initially he conducts with his violin).

Rabbi Wise argues for the use of an organ in synagogue. Various other reforms during the next few years include the abrogation of second-day observance of holidays, with the exception of Rosh Hashanah (1859), and the permission to pray without a head covering (1873).

The congregation, with a membership of two hundred and twenty, is reported to be the second largest congregation in the United States.

Along with K. K. Bene Israel, the congregation organizes a joint cemetery in Walnut Hills (which will become known as the United Jewish Cemetery). Today, this joint enterprise is responsible for numerous cemeteries in the Cincinnati area.

Plum Street Temple’s cornerstone is laid on May 12, 1865. The congregation had needed a larger building for years, but their plans were postponed due to the Civil War. 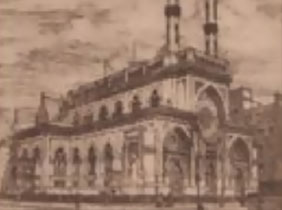 The Plum Street Temple is dedicated on Friday, August 24, 1866. As a daily paper writes at the time, “Cincinnati never before has seen so much grandeur pressed into so small a space.” Although originally budgeted at a cost of $35,000 for the land, and $55,000 for the building, the total cost of the enterprise exceeds $300,000, largely due to post-Civil-War inflation.

Rabbi Wise founds the umbrella body of the Reform Movement in North America. 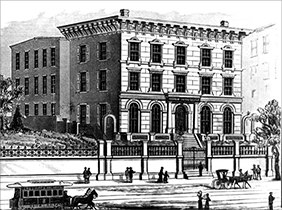 Rabbi Wise founds the Hebrew Union College, what is now the oldest rabbinical school in the Western Hemisphere.

Rabbi Wise founds the Central Conference of Reform Rabbis, the professional union of the Reform rabbinate in America.

A celebration of the fiftieth year of the congregation is held on February 26, 1892. An impressive procession and banquet are held. 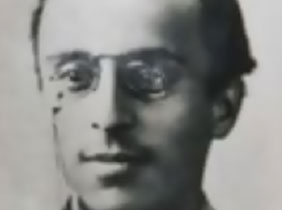 The congregation celebrates Rabbi Wise’s eightieth birthday along with the Central Conference of Reform Rabbis.

Rabbi Wise dies on March 26, 1900. His pulpit chair at Plum Street Temple is draped in black and kept vacant for a year. Rabbi Louis Grossman is elected Senior Rabbi until 1926. 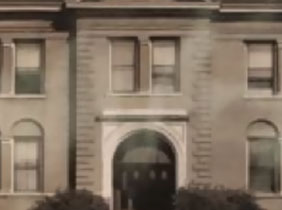 What will later be known as The Wise Center is opened on September 25, 1903 on Reading Road as an additional building for the congregation. 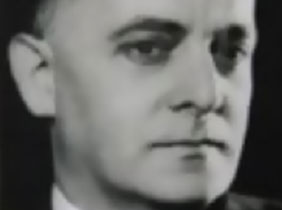 Rabbi James G. Heller is hired as Assistant Rabbi. He will become the Senior Rabbi in 1926, upon the death of Rabbi Grossman.

The Isaac M. Wise Center on Reading Road and North Crescent is opened on April 24, 1927. Usage of Plum Street Temple is limited to the High Holy Days, festivals and Ordination services of Hebrew Union College.

The Wise Temple Brotherhood is inaugurated on January 11, 1928. 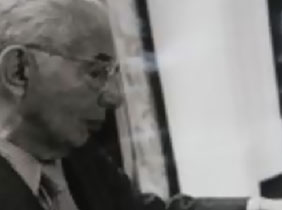 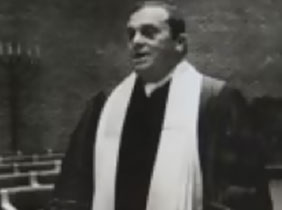 Rabbi Albert Goldman begins his service to the Temple as Co-Rabbi with Rabbi Wohl. 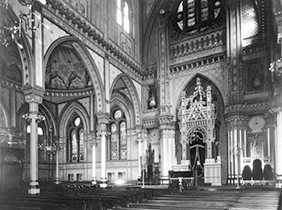 The congregation celebrates the centennial anniversary of Plum Street Temple. Rabbi Goldman becomes the Senior Rabbi during this year.

Temple Bene Israel of Hamilton, Ohio joins the congregation as an affiliate. 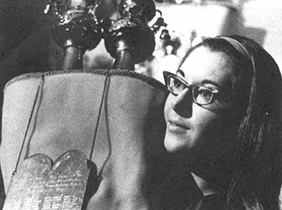 Rabbinical student Sally Priesand, who will become the first woman ordained as a rabbi a year later, serves as a rabbinic intern to the congregation. 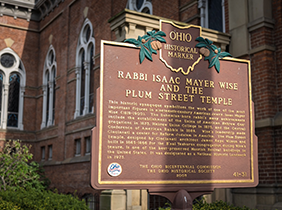 The Wise Center on Reading Road and North Crescent is sold. The congregation holds regular Sabbath services at Plum Street Temple once again.

Plum Street Temple is placed on the National Register of Historic Places of the Department of the Interior as a national landmark. 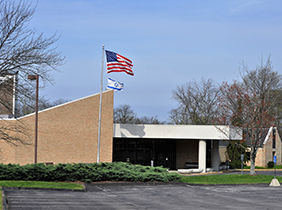 The congregation begins the Wise Center Day Camp program, which becomes one of the largest day camps in the community serving pre-school and young school children. 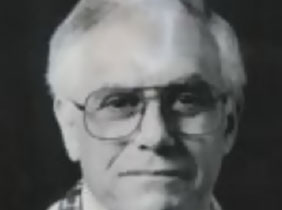 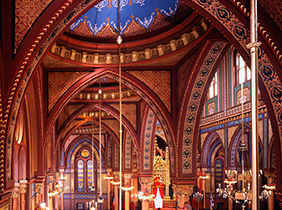 An organization devoted to maintaining this historic place of worship, is inaugurated on March 25, 1983. 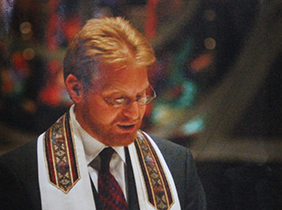 The congregation receives prestigious national recognition by the Reform Movement for leadership and innovation in social action programming (WiseUP), with over a third of the congregational membership involved in various programs.

A year of special events celebrates two milestones in the life of the Isaac M. Wise Temple: the 150th anniversary of the founding of the Congregation and the 125th anniversary of the Plum Street Temple. Also during this year, the Wise Temple religious school becomes one of only 25 schools in the United States to receive accreditation from the National Association of Temple Educators (NATE).

Wise Temple begins participation in the Interfaith Hospitality Network, a night shelter for homeless families in the classrooms of Wise Center. As the only synagogue to participate, this program involves dozens of Temple volunteer hosts and complements the many soup kitchen programs in which Wise Temple participates.

“The Wise Commitment: Tradition and Tomorrow” campaign is inaugurated to provide for renovation, building and program needs for the 21st century. It is received with enthusiastic response by the Congregation and raises an unprecedented $5.8 million. 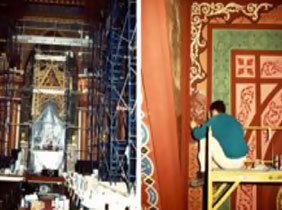 Plum Street Temple closes to complete a major $2 million restoration, including extensive structural, electrical and interior work, with the assistance of the Friends of the Plum Street Temple. The building reopens on July 21 with great fanfare and renewed vitality, as the Congregation also celebrates ten years of Rabbi Lewis H. Kamrass’ leadership.

“The Wise Commitment: Tradition and Tomorrow” campaign is inaugurated to provide for renovation, building and program needs for the 21st century. It is received with enthusiastic response by the Congregation and raises an unprecedented $5.8 million.

Eitz Chayim, a comprehensive program of lifelong Jewish learning, is initiated. It includes numerous courses and opportunities for Jewish study and enrichment for people of varying Jewish educational backgrounds. It will later receive a national award from the Reform movement for being an innovative, exemplary model of lifelong learning.​ 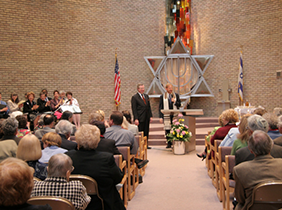 Groundbreaking and construction begins July 22, 1995 on a significant expansion and renovation of Wise Center in Amberley Village. The project includes eight new classrooms, new program areas, expanded Library and pre-school areas and the addition of a grand lobby and seating area. The $2.5 million expansion, including full access for the disabled and safety additions to the entire building, brings a 50% increase in size for Wise Center in order to accommodate the growing congregation and increased programming for the next century.

The Congregation accepts an invitation to participate in the Experiment in Congregational Education (ECE), an opportunity to take a closer look and evaluate the learning opportunities at Wise Temple.

The Temple engages a cantor, in partnership with Hebrew Union College-Jewish Institute of Religion. This is an historic move, representing the first professional cantor in a Reform Congregation in this city. 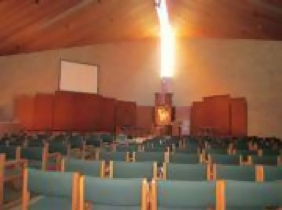 The Plum Street Temple organ is restored as the Rockwern Organ by Fritz Noack and Company at a cost of $500,000.

Wise Temple is one of the first recipients of the Legacy Heritage Grant.

Julia and Ralph I. Cohen Library becomes automated and the listing of all 20,000 volumes is placed on the Wise Temple website, available to be accessed online.

A major renovation of the social hall of Plum Street Temple is completed. 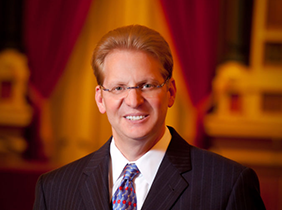 The congregation kicks off the Wise Journey, a celebration of 175 years as Wise Temple and 150 years of Plum Street Temple. To commemorate these anniversaries, each Wise Temple member is given the opportunity to fulfill the 613th commandment to write a Torah. Two Torahs are scribed, one for Plum Street Temple and one for Wise Center. This season of celebrations includes dozens of additional events and engages congregant volunteers in new and exciting ways.

Wise Temple provides permanent loan of two 230-year-old Torah scrolls: one to Xavier University as a means of teaching students about Judaism’s most sacred text and promoting interfaith dialogue; the other to the Holocaust & Humanity Center with the goal of fostering a greater understanding of Judaism and to ensure that visitors learn that Judaism isn’t only understood from the context of the Holocaust, but also through the richness of its history and future.

Wise Temple launches a new initiative for Empty Nesters as a means for deepening the engagement of adults whose kids have recently left the nest. Recognizing that the greatest level of engagement happens in small groups, the congregation’s focus continues based on interests (worship, learning, social action) and based on cohorts who share the same life stage, experience similar milestones and undergo common joys and challenges (YoFI for families with children ages 0-5, Families, Teens, NextGen for young adults, Empty Nesters, and WiseGen for ages 70+).