A Weekend of Music for Your Mind, Body, and Soul

This November, Musician-in-Residence Noah Aronson will visit Wise Temple to inspire us with his uniquely engaging and spiritual music. A weekend of musical events will appeal to every age, from YoFI through WiseGen!

Noah collaborated on four albums of Jewish communal music, produced three solo full-length albums and, most recently, produced a new album featuring his five-member band. Music from these albums is sung in progressive communities and summer camps worldwide and has been included as part of the curricula in all major progressive U.S. cantorial schools. In 2018, Noah’s “Chai Project” partnered with 18 communities to compose 18 new songs, collaborating with each congregation to reflect both their uniqueness and their connection to the broader Jewish community. 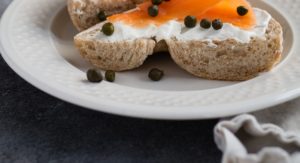 Noah currently lives in New York City and tours year-round. He pursues his love of teaching as faculty of Hebrew Union College-Jewish Institute of Religion’s School of Music in Manhattan, and on faculties of Jewish conferences in the U.S. and abroad.