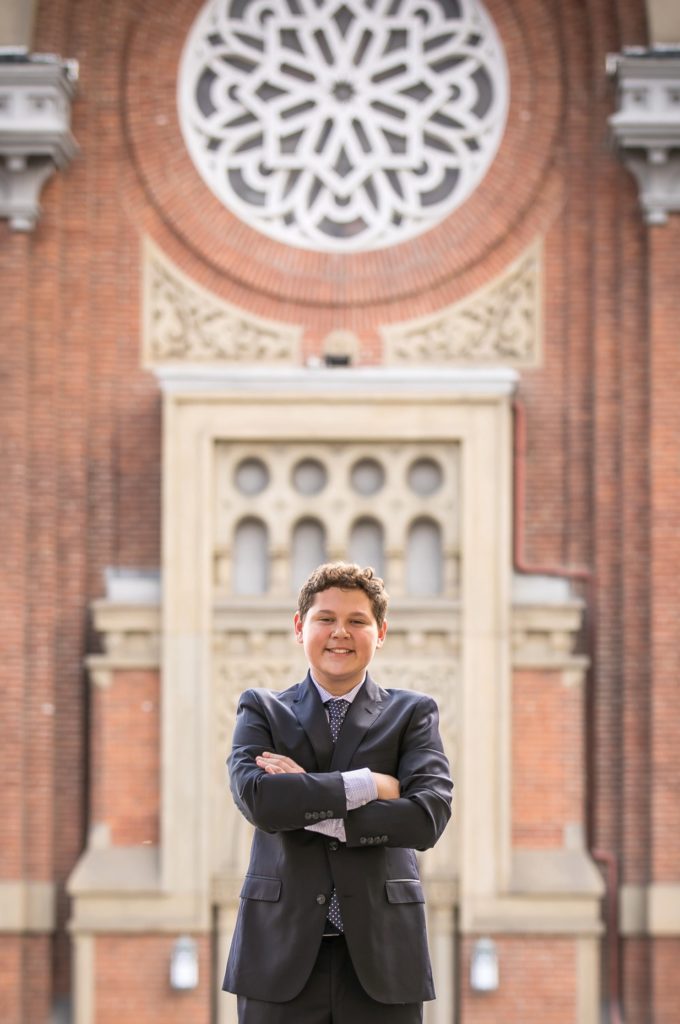 Zach Hertzman and his family get caught in the pandemic timeline.

Zach’s Bar Mitzvah, scheduled for March 28, 2020 was in the final planning stages when the State of Ohio began to shrink the maximum number of people allowed at public gatherings as a response to the rising number of coronavirus cases and fatalities. They were expecting 100 guests at the Bar Mitzvah and 175 at the celebration after.

Emily, Zach’s mom, explains, “We have a very  large  family. First it was a 100 people limit, then 50, then 10. The celebration was out when bars and restaurants were closed to events on March 15. So we focused on the ceremony. We worried about offending family members and friends if some got left out. We worried about the risk to grandparents and the people and staff who would be part of making Zach’s Bar Mitzvah happen. Zach didn’t want to reschedule or move it to Wise Center where it  could be live streamed. He was prepared and had his heart set on Plum Street Temple with its special character and rich history. So in the end, it was just the four of us—just Zach, his older brother Jake, Craig and me—in addition to the rabbi, the musician and the photographer. The intimacy of the service made it a very emotional experience.”

Zach’s dad Craig agrees, “It was an emotional day. While we were sitting there, I was thinking about all the things that have happened since the temple was built. Wars, genocide, social unrest, global health crises and so much more that people have endured over the last 150 years. During some very tough times, people sat in the same seats where we were sitting and came together to find strength as a community. It was very moving to participate in my son’s Bar Mitzvah at that moment in such a historical and intimate setting.”

Emily thinks that having no additional family and friends made  it easier for Zach to relax conducting the service without an audience, but “He also had to let go of what he thought the   day would be like, to no longer have his friends be part of the moment. He had to be adaptable and not be disappointed with the circumstances.”

With the stress of Zach’s unique Bar Mitzvah situation behind them, the Hertzmans have moved on with daily life. Both Hertzman boys are athletes, playing multiple sports.  Emily jokes that she’s their “mom-ager.” Craig, who grew up at Wise Temple, owns a facilities maintenance company. He feels that it is important to check in regularly with older family members and friends, making sure that loneliness and isolation don’t get the better of them during the pandemic. 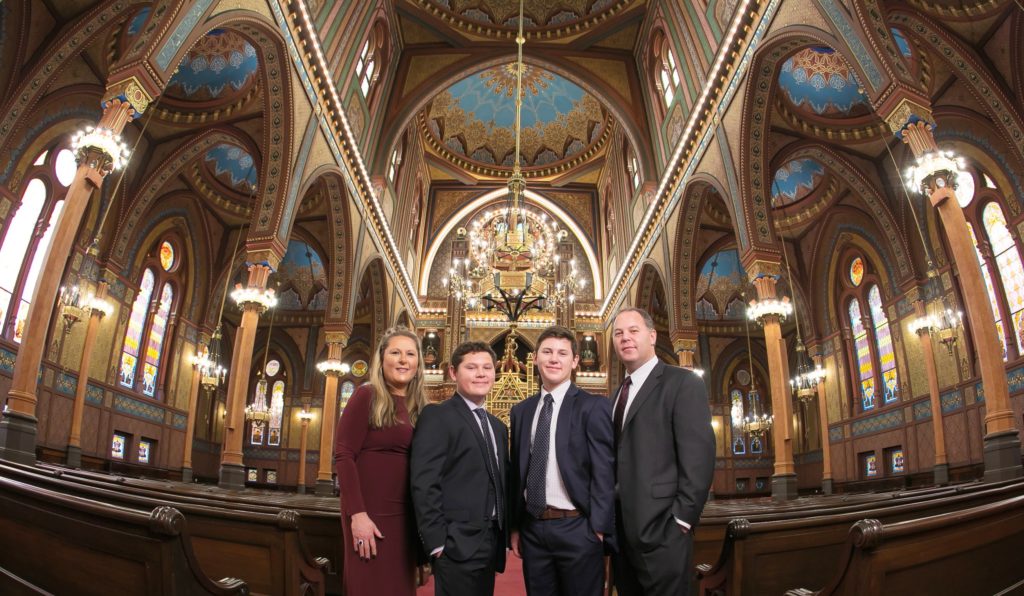 Zach’s interests also include fishing and building computers. He spent the summer riding his bike to a nearby park, meeting his friends to fish. They research knots and lures on YouTube and Zach sends his mom-ager to Bass Pro Shop for the lures they want to try.

Technology has become something of a Mitzvah for Zach. As things opened up in May, he began teaching friends how to build computers. He creates a list of needed parts and sources, helps the kid make a slide show for parents about the project and cost, coordinates a trip to the store to buy the parts, then teaches them how to build the computer piece by piece, usually in an afternoon together. There’s no charge for the service and knowledge sharing. Zach simply enjoys the process.

The Hertzmans miss in-person temple events that are part of the community’s culture, but Craig says the silver lining is “we’ve been hanging out and doing things as a family that we didn’t have time to do before.”