Matt: Nitzberg: An Idea Whose Time Has Come

Home > About>Community Café>Matt: Nitzberg: An Idea Whose Time Has Come 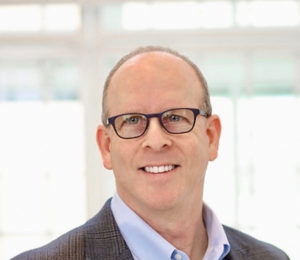 Matt Nitzberg’s background in what he calls “the data and insight fields” has taught him many lessons about analyzing a situation. He’s logical, pragmatic and practical, with an objective eye for assessing the impact of his and others’ efforts in the new Civic Engagement program. But at 14, he engaged in his first political foray, volunteering for George McGovern, a presidential candidate he was not old enough to vote for, a candidate who lost every state but his home state, and D.C. “I grew up very aware that my parents felt strongly about social justice issues in the late 60s and 70s. They were very clear about their views, and I absorbed their message and became involved.”

It Could Happen to You, Too

He also inherited from his parents the notion of lending a helping hand to people who were in difficulty, at risk, or victims of discrimination. He believes that many American Jews (himself included), while successful in mainstream society, feel a sense of “otherness” as a result of the Jewish experience in the U.S. and in the world. For him, empathy and a desire to make the world a better place are the results of that otherness. “The most important forward-looking emotion is empathy. Sympathy is to comfort, and empathy is to improve. Both are important, but when it comes to social change and thinking beyond yourself or your own experience, there has to be a leap where you put yourself in others’ situations: ‘What if that was happening to me?’”

Matt has been inspired recently by progress that grassroots activists are making in the area of common-sense gun safety laws. He has what he calls macro concerns for threats to our society in general, but also micro concerns personally for his family and friends. He feels the urgency and sees the momentum and hopes that the tipping point of critical mass is nearing as laws are changing statehouse by statehouse. “It’s empowering to feel you can make a difference by joining in and adding momentum to the wave. When I look at what some people have lost, and what other people are willing to put on the line, taking a day to go to Columbus with a friendly group of like-minded people seems both important and easy.”

Hope on the Horizon

Matt is hopeful that with efforts like the Lobby Day, the situation is changing from the status quo where lawmakers haven’t felt the pressure to advance the common-sense gun safety laws that a majority of citizens want. “I came away feeling like this was a good step and we need to do more of it.”

He plans to focus his attention on upcoming national, state, and local elections. “Something can always be done. Politicians can change their votes, and we can also change the politicians.” Matt believes in the power of the wave and in being part of it, and perhaps now the time has come.