I Came Here to Work 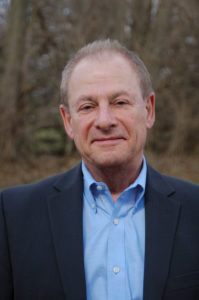 Being Jewish is in Yan Krayterman’s blood.

It’s impossible to tell Yan’s powerful immigration story without beginning with his parents’ stories, as they may explain Yan’s incredible resilience, perseverance, and passion. When Yan’s father was just six years old, his parents were killed in a Jewish pogrom during the post-Bolshevik Revolution Civil War. He and his brother somehow survived in the streets of Odessa, Ukraine. Yan’s father went on to be a Russian Naval hero, who two times saved the wounded captains of ships that had been struck by enemy fire. Yan’s mother was also left without a father when she was just a child. Her father was accused of anti-Soviet actions, arrested and sent to a GULAG camp during Stalin’s repressions, where he vanished without a trace. The family was stripped of everything they owned and declared the “Enemies of the People”.

“My parents were very smart people even though they had little education” Yan recalls. “They understood the devil’s regime we were living under. They talk about what an anti-Semitic country we lived in. I remember when I was just three years old, Stalin died. Everybody in the country was crying – people needed to cry because they were afraid not to show support. In my family it was celebration.” From this early age, Yan knew what he could and couldn’t say outside the home to remain safe. “All my life I was involved in political conversations and nobody told me that I shouldn’t say anything. I just knew.”

Despite experiencing extensive anti-Semitism and living in poor conditions (Yan and his family lived in one room of a two-room apartment), Yan excelled. “I graduated with gold medal, which is the highest honor in the Soviet Union for high school graduates. I’m not saying this to boost my value, but under the Soviets for a Jew to get this gold medal was significant.” This led Yan to the prestigious Odessa Polytechnic University where he got a master’s degree in heat transfer engineering.

After many attempts to emigrate from the Soviet Union, Yan, his mother, sister, and extended family finally received permission to leave. “The Soviets would give to you with the right hand and the left would pull it back. So I didn’t believe it.” Despite his skepticism, Yan and his family got on a bus with dozens of others from Odessa to Slovakia, then took a train to Vienna. At the border, Yan got his first look at the three rows of metal fencing around the border. They were taken off the bus and kept outdoors in the August heat for two days – the elderly and infants suffering the most, and Yan’s heart broke for them. Everyone was searched, some stripped naked. “All my life, 38 years in Soviet Union, was in two suitcases. They see that I dressed poorly, and they still ask, ‘Do you have gold?’ They ask why I didn’t bring gold. I tell them, ‘You need money to buy gold. This is why I’m leaving here. I want to live a normal life. Earn money. Buy gold if I wish.’ This was my last conversation with Soviets.”

In disbelief and overwhelming gratitude, Yan stepped off the train in Vienna to begin his new life. At that point, he could have opted for placement in Israel. He was a young, single man who wanted nothing more than to express his Judaism without constraints, but his sister was set on America. She was afraid that if Yan went to Israel, their mother would go with him and she would never see them again. So, to keep his family intact, he chose America, a destination that would have made his father beam. His father’s dying words were, “When are we going to America?”

Once in Cincinnati, Jewish agencies tried to set Yan up on welfare until he could learn English. “I told them, ‘No. I came here to work!’ so they got me a job as a bus boy. In a few months, I felt that I’m ready to present myself verbally and who I am professionally, so I sent resumés and quickly received a job with the number one supplier of liquid hydrogen to NASA.” Yan didn’t stop there, soon he was recruited by P&G who became aware of his drive and expertise. As further proof of Yan as a bright and accomplished man, he later taught himself computer networking, which led to his current career in cyber security, where he is a sought-after expert in the industry.

Greater than his drive for career achievement is Yan’s commitment to Judaism. “In Soviet Union, some wanted to forget they are Jews because it brought a lot of problems in life. But the Soviets would never let you forget you were a Jew. Here, it’s easy to forget you are a Jew, but I don’t ever want to forget. I want to be a Jew and I want my son to be a Jew. It’s so much in my blood to be who I am and I want my son to carry it on.”