Kesher, our quarterly printed publication, highlights congregant stories as a means for making a big place feel small, for sharing a little of one another and for providing starting points for conversation. Kesher also offers information about upcoming events and lifecycle events. Read featured stories and download full issues below. 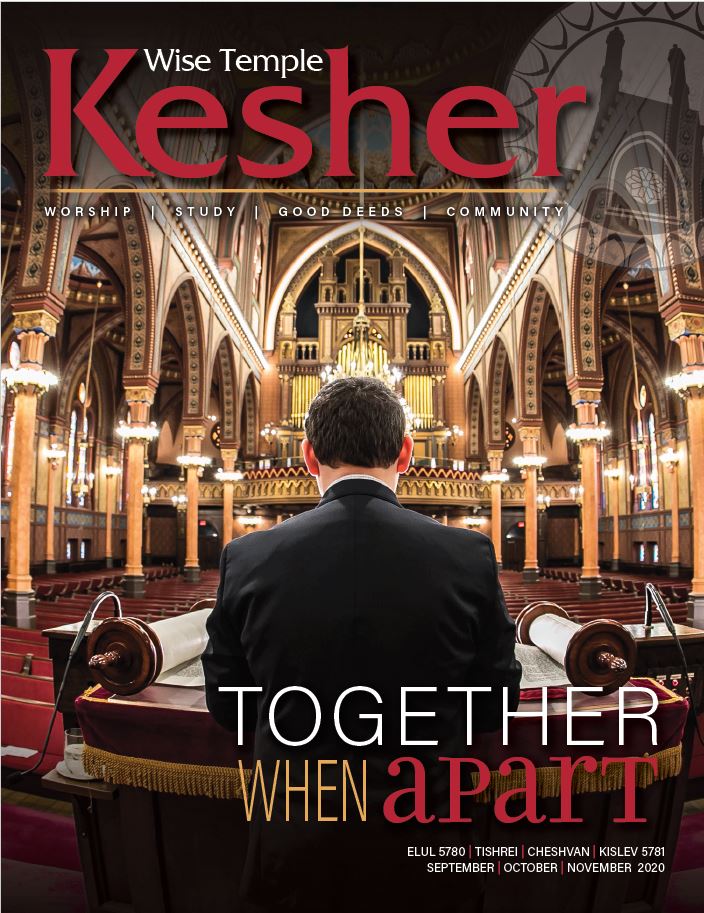 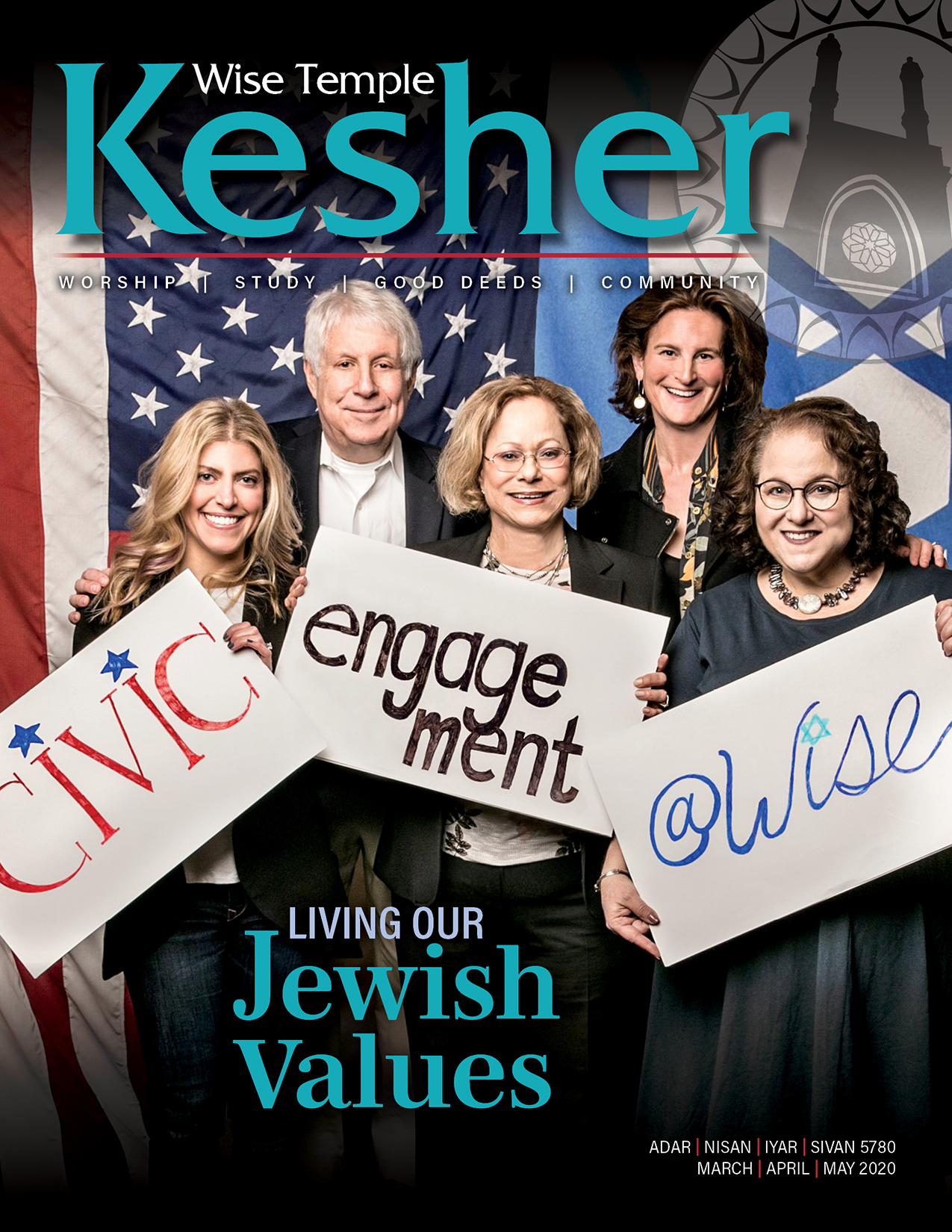 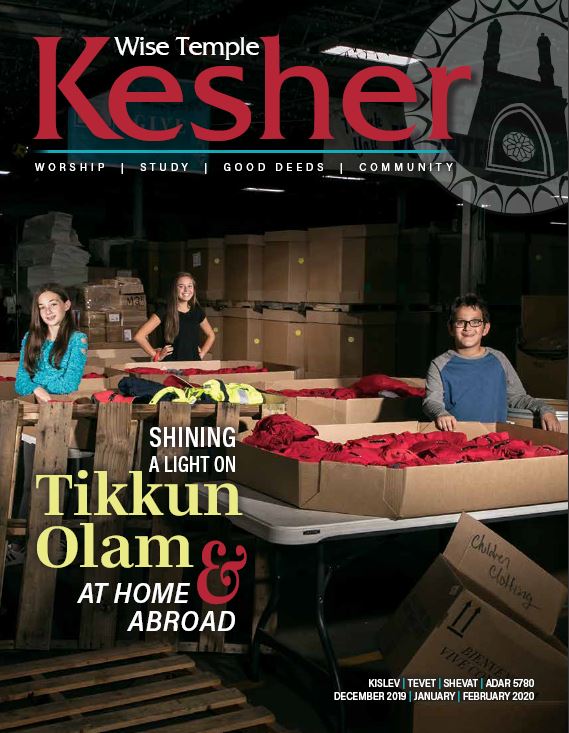 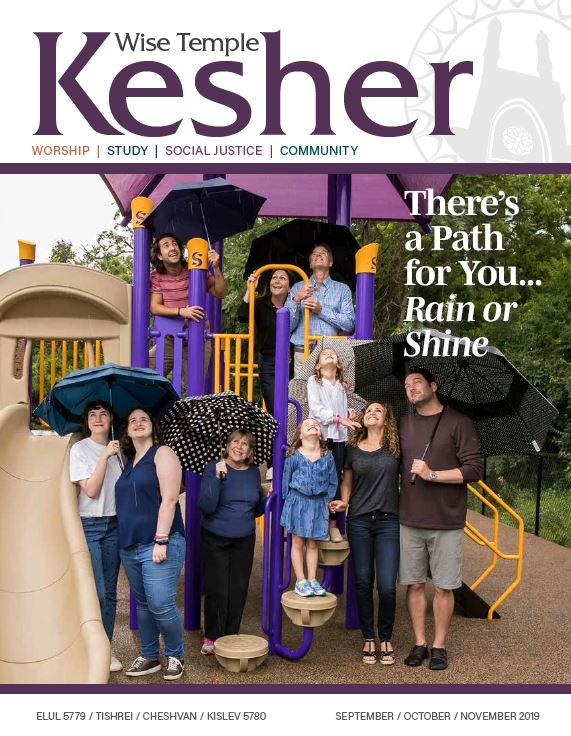 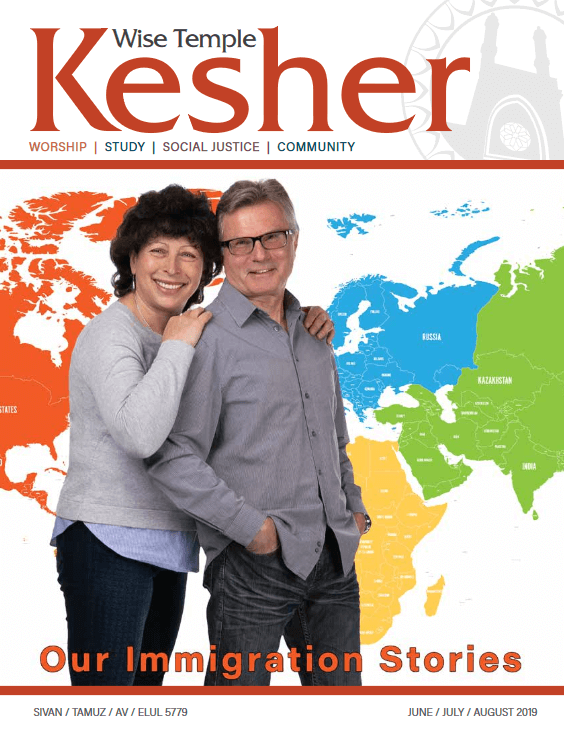 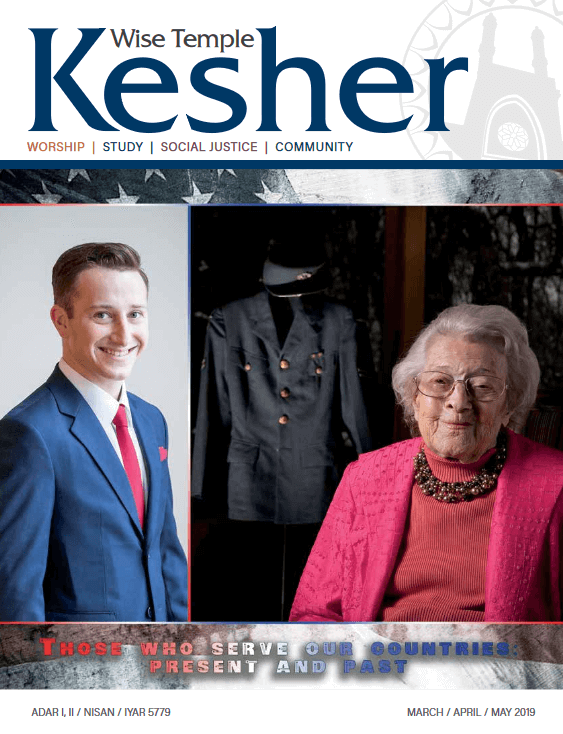 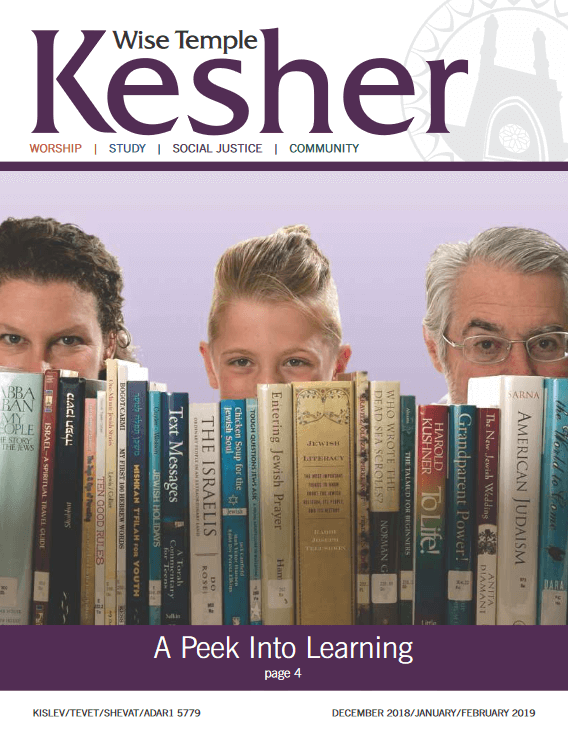 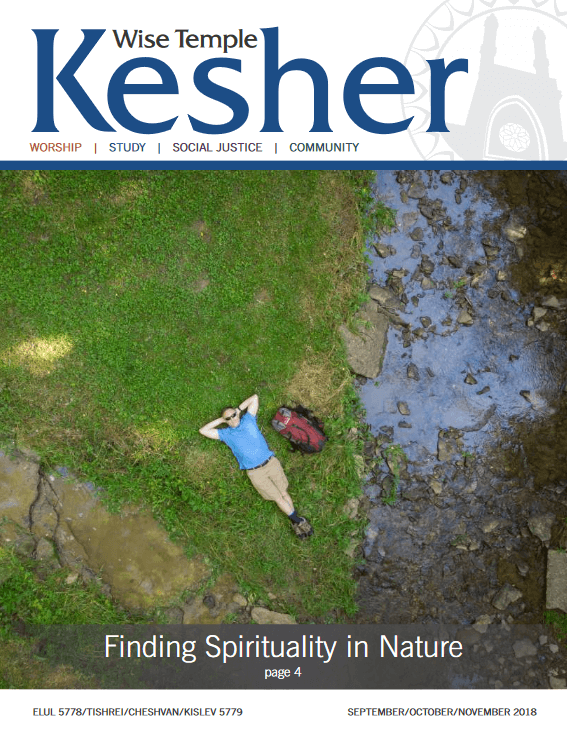 If Not Now, When? In July 2019, Carol and Ken Kabel left for Addis Ababa, the capital of Ethiopia. Not for vacation, but to stay for a year and fulfill their duty as Jews to repair the world. Their home of 26 years was sold, as was the business Ken owned. All their belongings were put into storage. They know they’ll be living in Cincinnati when they come back but aren’t worrying about their next step until then.

Dr. Jason Frischer and his wife Lori only meant to stay in Cincinnati for a few years, just long enough for him to experience working at, arguably, the world’s most prestigious pediatric hospital, Cincinnati Children’s Hospital Medical Center (Children’s). “We’re both born and raised New Yorkers. I couldn’t spell Cincinnati or find it on a map. The tri­state to me meant New York, New Jersey and Connecticut!” But 12 years later, they are still here and love what a smaller city like Cincinnati has to offer.

Drs. Andrea Rinderknecht (pediatric emergency medicine trained, now in private practice) and Jordan Bonomo (emergency medicine, neuroand cardiac-thoracic critical care) have traveled to Honduras, South Africa, Haiti and Kenya on medical missions. But the beginning of their story starts at Brown University where they met and fell in love during their undergraduate studies. After graduating from medical school, Cincinnati came next.

Natalie: Growing up, I went to a Christian church with my best friend a lot. It was fun, but it just never clicked. I think I had certain core beliefs and values that were never expressed through any religion until I came here.

“Retirement has been a time of exploration. I’ve focused on how I’m going to fill all the aspects of my life – what spokes I want to put in my wheel. One spoke is for being active, one for community service, one for spiritual activities, one for healthier cooking, one for travel.”

Lindsay says: I grew up in Indianapolis. Judaism wasn’t a huge part of our lives, and I didn’t have many Jewish friends. That’s why it’s important to me for our kids to be involved in Temple. I want them to have a sense of community that I didn’t have, to feel connected to other Jewish kids in a way that I didn’t. It’s important that not just our religion, but our culture, heritage, history, and traditions are carried on. Everything about Judaism is positive. It’s all about teaching us to be good people.

Zachary Green’s military journey became a journey of faith. Zach Green comes from a creative family. His father was a principal bassist for the Cincinnati Symphony Orchestra, his mother a ballerina with the Cincinnati Ballet. So, the entire family was horrified when six-year-old Zach spent his waking hours turning the backyard into a mud-filled war theater and sticks into weapons.

In 1941, when Conrad Weiner was just 3-½, he and his mother, uncle, aunt, and cousin were sent from their homes in Russian-occupied Bukovina, Romania, to a labor camp in the Ukraine. Conrad’s father had been conscripted into the Russian army and died on the front line. In this fraught time, Conrad was saved from death twice.

I Came Here to Work

It’s impossible to tell Yan’s powerful immigration story without beginning with his parents’ stories, as they may explain Yan’s incredible resilience, perseverance, and passion. When Yan’s father was just six years old, his parents were killed in a Jewish pogrom during the post-Bolshevik Revolution Civil War. He and his brother somehow survived in the streets of Odessa, Ukraine. Yan’s father went on to be a Russian Naval hero, who two times saved the wounded captains of ships that had been struck by enemy fire. Yan’s mother was also left without a father when she was just a child. Her father was accused of anti-Soviet actions, arrested and sent to a GULAG camp during Stalin’s repressions, where he vanished without a trace. The family was stripped of everything they owned and declared the “Enemies of the People”.